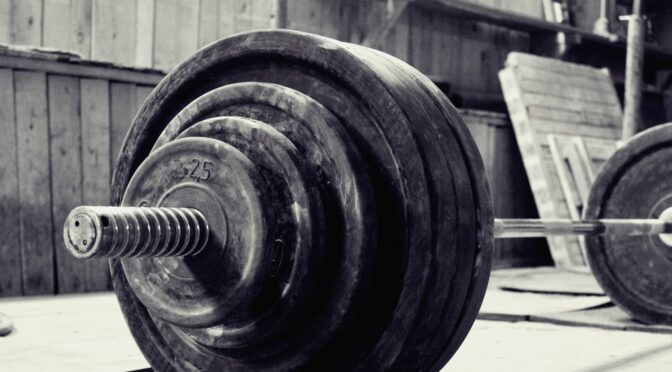 A few months ago, I joined a gym. I was not getting any younger and thought I should take better care of my health. I started going 2 months ago, and thankfully am able to maintain discipline. In these 2 months, I had a chance to observe the other patrons and categorise them.

The bodybuilders are serious about working out. One look at their physique and it is clear that they have been working out for years. They don’t come to the gym to undertake in any kind of nonsense; they know exactly what they want to do, do it and leave. They hardly talk to anyone.

Mostly men, the sole aim of these guys is to lift as much as possible. Form be damned. Looking at them, it is clear that they are lifting way beyond what they should. In fact some of them have movements which are borderline funny. Almost like dancing. Or like fits.

These are mostly men and with each rep, they let out a savage grunt which can be heard well outside the gym. The surprising thing is that they grunt like this even when lifting lighter weights. The only reason I can think they do this is for attention. They want everyone to look at them while they are lifting, so end up sounding like cavemen. At the end of each set, they also throw their barbells/dumbbells with such force as to shake the floor.

These people spend more time on their phones than working out. Most of the time they are glued to their phones and in between their social media chores, manage to do a few sets. They also ask the trainers to take pictures & videos of them working out.

These guys calculate everything. They calculate exactly how much time it took for them to complete a set. Time their rest period to the second between sets. They also obsess over their heartbeat rates and select their weights according to it.

These guys are always busy doing something. Between sets they are always fiddling with their weights continuously or doing some light exercises. They never sit still and always fidgeting around.

These ladies are seriously ripped. They are the female versions of the gym bodybuilders. They are no nonsense and take their workouts very seriously.

Mostly Thai women, who spend at least an hour getting ready for the gym. They all come in expensive cars and have personal trainers at their disposal. They spend less time working out and more time being massaged/fondled/chatted up by their trainers. Most of them are already in good shape so for them, the gym is just a social get together. I find them the most irritating.

Mostly Thai men and women, they use sanitisers to wipe the bench/seat before and after every exercise. Not only the benches, they also wipe the dumbbells/barbells/handles. They have accepted that no one except them will go to such lengths to maintain hygiene and are cool with it.

These people are morbidly obese. They confine themselves to the cardio section of the gym and rarely waddle into the weights section. They dress inappropriately as per their body shapes and are always dripping with sweat. Strangely, they don’t exercise too much. They move very slowly on their treadmills/bicycles/rowing machines; their exercises are very low intensity. However, they are in the gym for hours. When leaving, they always act as if they had a very intense workout and are beat. It doesn’t bother them that they have made no progress in months.

Now is India one of the un-healthiest countries in the world or what?? Fitness is a thing unheard of. If you tell people you go to the gym, they laugh at you for wasting time. Now, the worst thing is the mentality of the people here. The biggest myth is, Fat=Health. When some fat guy/gal passes by, people say he’s healthy, not fat. How the hell is fat supposed to be good health? You hear people all around you say “You’ve grown thin! That’s so unhealthy!! Why don’t you eat some butter/ghee regularly to gain weight”. Seriously, is this the right way to gain weight? Instead of going to the gym and gaining muscles, people here eat fat, grow fat and are called healthy. Wake up people, the flab rolling around your body is not “HEALTH”. It’s a shortcut to cholestrol, stroke and eventually death. I think, it will take many years before the mentality of the people here changes and then only can the overall health level of the country improve.