For as long as I remember, I have hated haircuts. People who know me would think that I like letting my hair grow out, but that’s not true. I just hate the process of getting a haircut. If there was a device that would cut my hair exactly the same every few weeks, I would buy it in an instant and never go to a barber again.

I hate haircuts so much, I would rather look like a shaggy hobo than go to a barber.

I hate haircuts so much, I have actually shaved my head at home at least 10 times in as many years to avoid going to a barber for the next few months.

I would rather pay them extra just to shut up and leave me alone and do what they are told. The only barbers who don’t bother you with this crap are in high end salons, which is where I prefer to go (infrequently) now.

The country is going to the dogs.
1 year before Narendra Modi came to power, things slowly started to change in the country. Suddenly the word “Hindoo” started getting used much more around the office and in general life. 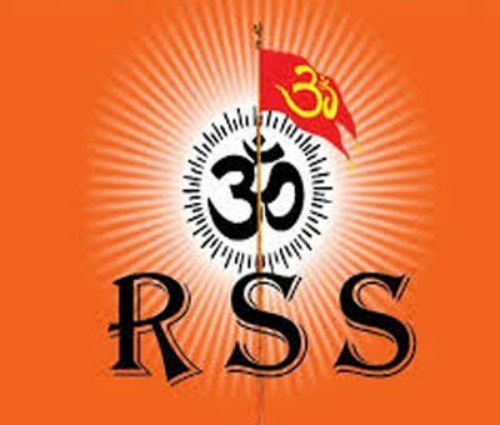 Everywhere around me, chants of “NaMo NaMo” started gaining fervour slowly, but surely. Being an atheist, I have never  been in favour of political parties with a religious agenda, but surely NaMo would be a sensible man and would focus on things that matter instead of religion, right? He would keep his party people and the RSS in check, right?
Wrong.
One year since he became Prime Minister, the following things have happened in the country

The country is going to the dogs.

This one crawled like a snake, into the pharmacy at a local hospital.
No one told him how to use these glass partitions.

So I was at the mall, sitting on a bench when I come across these two. The kid is almost 2 years old and still sucking on a soother. One look at his face and you are sure he is a Spawn from Hell.
While the Spawn from hell is hanging out with his man-servant, pulling his hair and being a dick in general, his father comes over and screams at the servant “Yaha kya marwa raha hai haraamzade?” (What are you doing here, bastard?) in front of his son.
Haraamzada and Spawn from Hell must both be partially deaf, because the father is shouting at the top of his voice.

Spawn from hell must want something from one of the stores, that his father is in no mood to spend money on, because he immediately lies down face downwards and starts beating his fists on the floor. The father gently kicks him over so that he is face up and cannot beat his fists anymore.
While the parents walk away, the haraamzada servant bends down to pick up the spawn. The spawn shouts “haraamzade” one last time before giving up and resigning to his toy-less fate.

What won’t people do for free stuff? Fisher and Paykel had an exhibition at Ambience Mall, Gurgaon where they had a chef make food using their products. People who sat for the demonstration would get this food for free.

We saw this scene when we reached the mall and after more than an hour later, while walking by, we saw the same group of people sitting there, licking free ice cream. Surprisingly, it was not people from the lower class who were wasting their time for free ice cream, bit rather well to do people. Pathetic. Bonus: Another (or the same) set of losers getting photos clicked in front of Valentine’s day decorations

A few years ago, some fans/lovers of Priyanka Chopra told her that she could sing. She immediately took this to heart and teamed up with famous Pop/Rap musicians and released pathetic “singles”, which no one remembers.
Recently some high up executive from the Schmitten chocolate company had the privilege of sleeping with our dear Piggy Chops and had to green light a Television commercial for their erstwhile reputed chocolate company, sung and danced to, by Priyanka Chopra.
Priyanka Chopra being pathetic Priyanka Chopra could only fake her accent so much, as the result of which, the TVC closes with her loudly exclaiming “Don’t you touch my Sphincter!!!”

Well, I was hanging around at a club yesterday, for an office party. Office parties being office parties, I found myself distracted and veered off to the side. Soon, I found my eyes wandering towards the TV. Incidentally, it had MTV on it. I was greeted with this scene

That is Katy Perry (I think?) with fireworks bursting out of her Bosom. There was no audio (thankfully), so I couldn’t understand what caused her to contract such an ailment, but that seems to be the gist of the song. Please also note that that’s the only place the fireworks seem to be coming from.
I have avoided watching such channels for years, exactly because of such “artists”. Earlier, albums used to sell well because they had good music. These days, it’s all because of such gimmicky videos, synthesized music, skin show and something called “Twerking”.
I feel old.

First of all, I would start off by saying that many will be super-pissed to read this. This is purely my personal opinion and it is understandable if most people don’t agree with me. In fact I might have liked the movie if-
1. The movie was not named Rockstar
2. The second half was compressed into half hour
I had very high hopes when the movie was initially announced because the movie was to be shot mostly in and around Delhi and I have a soft corner for such movies. My hopes went considerably down when I came to know that A.R. Rehman would be composing music for the movie. I swore not to watch it, but was coaxed into watching it by friends. Here’re some salient points from the movie
+ Ranbir Kapoor acted well
– Ranbir Kapoor’s character’s (JJ’s) living conditions were totally un-realistic. Apparently the walls in his house (which by the way were covered with Jim Morrison’s posters) had big holes in them. Maybe they wanted to show that Jats are resistant to heat/rain/cold/insects.
– The music in the movie is not Rock. A.R. Rehman cannot get away with pretending to compose rock. The music in Rock-On!! was Rock; the music in Rockstar was Pop with heavy guitar riffs (which feel out of place in the songs) and guitar solos (which appear out of no-where and feel out of place as well). Well, you can’t have high hopes from the person who composed one of the worst and most hyped songs in the history of Hollywood and won an Oscar for it.
– Mohit Chauhan might be a good singer (I personally am not aware of his work), but he is no rocker. Shouting “Hey Hey” multiple times doesn’t make you a rocker.
– The actress Nargis Fakhri cannot act. Her pout is distractingly irritating. Her character was too extreme to be true as well. Her transformation from a Shareef girl from a well to do family to wanting to watch Porn Movies in the theaters of old Delhi and having Desi Daroo was too much to digest. Even Indian boys who leave home and go to different cities for the first time don’t do this. She could have settled for watching Porn at home and having regular alcohol.
– The movie showed it’s true Bollywood roots when Heer (Nargis) dies (in India) while the JJ (Ranbir) (who was deported from the Czech Republic on criminal charges, but is surprisingly allowed to return back) is in the middle of a passionate solo in a concert in the Czech Republic. How is JJ supposed to know she’s dead right at that moment? He can’t receive calls while he’s on stage. To make it convenient for him, Heer’s ghost takes a detour on her way to hell (remember the alcohol and the porn?) and visits JJ on stage as a final farewell.
The only reason I was able to sit through the whole movie was because me and one of my friends (who also didn’t want to watch the movie) made fun of it all the time and passed comments.
For some ligh-hearted fun, read the Vigil Idiot post on this movie.

After the Bryan Adams fiasco and concert cancellation in February, here I am, spending another disappointed night at home. Metallica’s first concert in India, one I was looking forward to for months was cancelled. I don’t agree with what most of the news channels are saying; here’re the events as I saw them myself from the venue

I think the following factors contributed to this disaster
I see reports coming in now that the gig won’t be held tomorrow either, but will instead be scrapped. I understand that a band needs some rest between subsequent gigs (Metallica has another gig in Bangalore on Sunday), but the unruly behaviour/vandalism by the crowd ealed their fate. Metallica will not risk performing before such a crowd. Here’s a video

The people of Delhi/NCR don’t deserve to be rocked by Metallica (or any big band for that matter).

This is not the first time I am ranting about this city. See these

How to win a cricket match

Last weekend, I got the opportunity to visit the city after a span of 2.5 years. Here’re a few things I noticed that have changed and some things that have not
Changed:-

The city has a quality of bringing a lethargic feeling even to high-spirited individuals. I used to leave the place I was staying at to go out multiple times a day, only to feel tired in some time and come back.
I had given some thought to shift there in the past few months (to save on money), but all those thoughts are now gone.