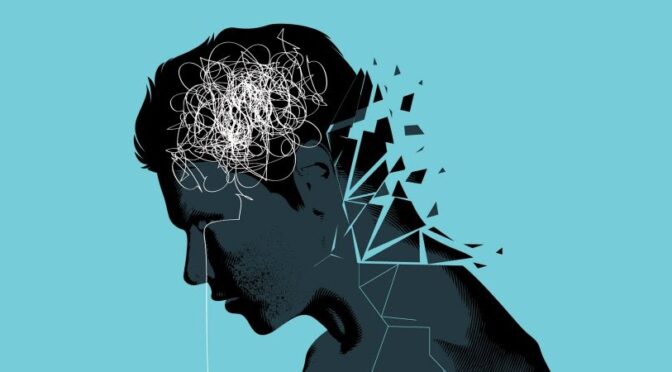 To continue the series of posts about my battle with anxiety, I bring the latest medication withdrawal fail story.

As I wrote here, after my last misadventure with SSRIs, I stopped taking them altogether. Since I felt fine for the next few weeks, I assumed that I don’t really need them and forgot all about them since.

However, ever so slowly, my anxiety started to creep up back on me. There weren’t any drastic symptoms. Just things like worrying too much about work, thinking about work at night or during weekends. Also, the ever present feeling of dread that something will eventually go wrong.

I was very proud of myself for having successfully(?) given up this medication and wanted to prevent another medication withdrawal fails. So I decided to continue without it.

After I spent 3 successive weekends obsessing over work and dreading Monday, I decided I would keep my mind open about resuming the medicine and gave myself 1 month to decide, till my next doctor appointment. I didn’t last 1 month.

Last weekend, after dreading work all Saturday and most of Sunday, I decided to give up and go back on the medication there and then. I called the hospital & requested to see the doctor the same day. Thankfully they were able to put me on the waiting list and I saw the doctor within the hour. He took pity on me and put me back on Lexapro.

Second reminder to myself, to not mess with medication that work well.

Also, it’s not worth avoiding medication (and for what?) if it works for you and makes you feel better

Recently, I had a misadventure with my serotonin levels. As I posted earlier, I have been on Neuris 1mg- An Antipsychotic & Lexapro 5mg- An SSRI for my Generalized Anxiety Disorder since I moved to Thailand.

Now, the Lexapro, in Thailand costs 15 times what it cost in India. Always one trying to cheap out, on my last doctor’s visit, I asked him if he could prescribe me a cheaper alternative. He prescribed me Fluoxetine 20mg instead and I happily went on my way chalking this up as a win.

After a few days, I started noticing signs of heart palpitations and sweats through the day. I had recently joined a gym so I chalked this up to the workouts. However, the palpitations became worse with time.

It was not until my family left for vacation leaving me alone with my dog at home that the symptoms hit hard.

I was in a state of constant anxiety. My heart felt it was going to burst out of my chest. To make matters worse, I took a Lexapro, too. It really pushed me over the edge and after suffering all day from a constant state of agitation I dumped my dog with the neighbours and went to the ER.

They said I have Serotonin Syndrome, from an overdose of SSRIs. They shot me up with a sedative and sent me home with a few pills of Ativan. Ah! Bliss!

I slept for 11 hours and woke up the next day feeling much better. Things didn’t go back to normal immediately, but I could feel the improvements over the next few days; all I had to do was not take the SSRIs.

Lesson Learnt : Don’t mess with medication that work, just to cheap out.

PS: On SSRIs, I used to have vivid movie-like dreams. After stopping the SSRIs, the dreams stopped, too.

As an atheist, I do not believe in God & I believe that religion is the the biggest handicap for humanity. I believe religion is preventing humans from reaching full potential and living in peace with each other.

Some recent news articles highlight this:

These are just some recent news articles I came across in the last few weeks, actual examples are many more. Most wars & conflicts in history have been because of religion (or women). Each religion preaches that theirs is the only true god and that people following all other gods are fools. How can religions co-exist peacefully with each other when the basic tenet of each religion is that all other religions are fake?

Religion is also a very powerful tool and a weapon. We have already seen many countries elect incompetent assholes as their leaders because of religious manipulation.

On the other hand, I do believe that religion serves a purpose other than handicap for humans. Research has proven that people who believe in God are happier on average than atheists. I can understand and agree with this research. If I believed that an imaginary being in the sky would automatically solve all my problems, I would be less stressed in life, too. Maybe belief in God evolved as an anti-stress and anti-anxiety mechanism in Humans? It is a good way to offload your worries on something else.

I just wish all this did not involve waging war on fellow humans.

Seepage is when there’s a leak in a water supply or drain pipe in your home and the water gets into the walls. Seepage has given me much grief and anxiety over the years. Just last night I had a nightmare where I discovered seepage in my flat and woke up covered in sweat.

I lived in a house with a basement when I was young. One thing I remember vividly is that the basement was always damp and smelt funny. I assumed this was normal at that time.

I remember living in a rented apartment in 2015-2017. They had recently painted it and we were the first family to live in it. Within weeks, however, the bedroom wall became damp & the paint began to flake off. This would be the beginning of our long struggle with seepage. We informed our landlady who spoke with the building maintenance who fixed something on the outside drainage pipes, but nothing changed. We continue to press our landlord and she continue to hound the maintenance team but not much happened.

In the meantime, I discovered that seepage always comes in pairs. Our downstairs neighbour started to show up and complain about water leaking into his bedroom from our bathroom. Building maintenance broke our bathroom floor twice and repaired some pipes, but the leak continued. Meanwhile, our bedroom was perpetually covered in flaking paint and PoP. Anyways, this wasn’t my apartment, so I was not too concerned.

In 2017, we bought and moved into our own apartment. We spent a lot of time, thought and effort in designing and decorating it as per our tastes. Once we moved in, to great horror, we started to notice dampness in 2 of the bedroom walls and on 2 of the bathroom ceilings.

One of the wall problems was relatively easy to repair. It was caused by a misaligned awning outside the wall which was trapping water. Fixing it fixed the problem. Within weeks, the wall was dry and I plastered and painted over it myself.

For the ceilings, we contacted the maintenance team who went to our upstairs neighbour. We would soon come to know that our upstairs neighbour (Henceforth referred to as Bihari Bastard) was the biggest un-co-operative piece of shit ever. At first he wouldn’t even allow the maintenance people to look inside his bathroom. After much coaxing and cajoling, when he did, he wouldn’t allow them to make repairs. After much requests/threats they allowed some repairs but it didn’t solve the problem.

Meanwhile, the paint continue to flake off the bedroom walls & plaster continue to fall from the bathroom ceilings. It was heartbreaking to see our new apartment in such a state. Eventually, I reached the end of my tether and offered Bihari Bastard to destroy and re-build his entire bathrooms for him. I would pay for the repair and building and he would pay for the new tiles. Bihari Bastard agreed.

I found a contractor and got 2 of his bathrooms destroyed and old pipes pulled out. The old pipes were in poor shape.

After that, the contractor put in new pipes

After this, the bathroom was re-built and tiles added. All through this process, Bihari Bastard continued complaining what a great source of inconvenience this was for him, completely ignoring the fact that repairing his bathrooms was not my job at all.

Eventually, the job was finished, my walls and ceilings were dry and we painted them over. We thought the process was finally over and heaved a sigh of relief.

We soon found out that our sense of relief was misplaced. One day our downstairs neighbour came up and complained about our bathrooms leaking water into his bedroom. This time we already knew what we had to do.

We called the same contractor and repeated the same process all over again. Tore open 2 of our bathrooms and re-built them from scratch. Eventually, the work was over and there was no more seepage “to” us or “from” us.

I thought our building was especially shitty, but later found out that all buildings (At least in the Delhi/NCR area) have this problem; even expensive/posh DLF ones. Turns out, the builders sub-contract the piping/water work to smaller contractors and not having any liability, they always do shitty jobs.

In Thailand, I see that the bathroom pipes are setup differently. All bathrooms have false ceilings and the pipes of the apartment above are easily accessible by removing panels. In India, all pipes are buried 3/4 feet deep in concrete and the only way to access them is to dig open the floors/walls.

Obsession & Burnout are back to haunt me. I have blogged about it before, but this time, things are a bit worse.

So, the background is, that after months of doing very light-level work, I have been handed a challenging project. Not an impossible project, not an easy one, moderately challenging. Others would be excited for this opportunity (actually were). However, I have already started obsessing about it all the time. My free time everyday, weekends and sleep time has been taken over by obsessively thinking about this project.

Some of this thinking is productive; that is I do accomplish some positive outcome, but most of it is irrational fear. Haven’t slept much last few nights.

I believe the reasons for this are

For now, I just want one night of good sleep, to recharge my health and sanity, for which I will use a friend’s help.