Well, a week ago, I had the great privelege to see this great movie at INOX. Carl Denham(Jack Black) is a movie director who sets off for skull island with Ann Darrow(Naomi Watts) and law at his heels. There he finds a vicious natives who kidnap Ann to sacrifice her to the beast Kong. But instead of devouring her, kong gets horny and takes her with him to his lair. From here on, we find that the island is full of nothing except sexually frustrated creatures. There are brontosaurs, the T-rex, Godzilla and many more. But Kong is trained in martial arts. He uses his skills to the max and saves poor Ann from the creatures. Personally, I would have liked it if there were more creatures like the Alien and the Predator. And maybe the terminator too. Carl and his crew rescue Ann and meanwhile also manage to trap Kong by beating him with chloroform bottles and brings him back to America. Maybe he hasn’t seen movies like Aliens. YOU NEVER BRING THE BEAST BACK WITH YOU!!! But anyways, he showcases Kong on broadway to the delight of his audiences. Meanwhile his libido combined with his sexual frustration and his amazing strength enables him to tear apart the chains that are holding him and escape in search for Ann and go off on a rampage. Meanwhile we realise that Ann has changed her sexual preferences from man to beast and also goes off in search for him. They meet(not mate) and Kong carries her to the tallest skyscraper in New York. Here he is shot down by World War 1 planes much to the disappointment of Ann. Hey Ann, I heard walruses are pretty big. Anyways, the movie was fairly good with great cinematography giving it the sepia old world feel. I would definitely recommend this movie.

Hey!! I seem to be enjoying writing reviews. January 2006 will mark the 2nd anniversary of my bike. So I thought a review would do nicely. This bike(Zapeedo) has been my constant companion for almost 2 years now and enjoys a special place in my life. It never fails to start at the first(or maybe second or maybe third) kick in the morning. I simply love the thumping and smooth ride. Anyways I would now list the pros and cons of the bike which have come to light during these 2 years and 21000 kms..
Pros:-

It’s more than a month I have been using my new phone. So I thought it’s time I wrote a fair review about it. Following are the pros and cons of this smartphone.

Well, This is my list of favorite songs as of 27/12/2005. Please remember that this list is volatile and the songs are arranged in no particular order and I have avoided multiple songs of the same artist so that the list doesnt get too long
1. I can’t tell you why – Eagles
2. One – Metallica
3. You shook me all night long – AC/DC
4. It must have been love – Roxette
5. How deep is your love – The Bee Gees
6. Every breath you take – Police
7. Blind – Korn
8. Something in the way – Nirvana
9. Back to you – Bryan Adams
10.Always – Bon Jovi

I am suffering from a severe case of studies block!!! I cannot study anymore.. Cannot sit at the table for more than 10 minutes without my thoughts being distracted somewhere else. I have got 7 exams in 10 days and I am gonna get screwed real hard…. I am going down big time…

I am getting my GPRS deactivated tonight. Firstly it’s too much of a distraction making me flunk my study time and sit on the internet doing nothing. Secondly, my balance is now just 20 bucks and if I don’t stop now, I will be left without incoming calls. Anyways, this is a nice pic I got of my and my roommate’s bike together. The silver one is mine, the black one is my roommates. Both are Royal Enfield 350 cc bikes. Anyways, trying to download all I can today to cope for my lack of internet conenctivity for the next month. 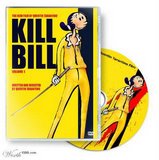 Just downloaded and installed a great google software called Hello!(beta of course) It’s basically a way to share your pictures with others. It’s a file sharing solution, messenger bundled into one. Anyways, the reason I got this software was to easily upload photos to my blog. I was desperate to try it out so I upload the comic pic. Anyways, it would be better if google integrated Google Talk with Hello! It would make a great product and would surely beat yahoo and msn(wonder why MSN still doesn’t support offline messaging support). Be back with some new posts and photos.

Welcome to my new blog!!! Since the version 2 of my blog was hacked by someone named faisal(I am coming for revenge), I have decided that maintaining my own domain was too much of a hassle. So I decided to join my friend grooveguru on blogspot. Let’s hope my luck with blogspot will be better than in v.1 and v.2!!